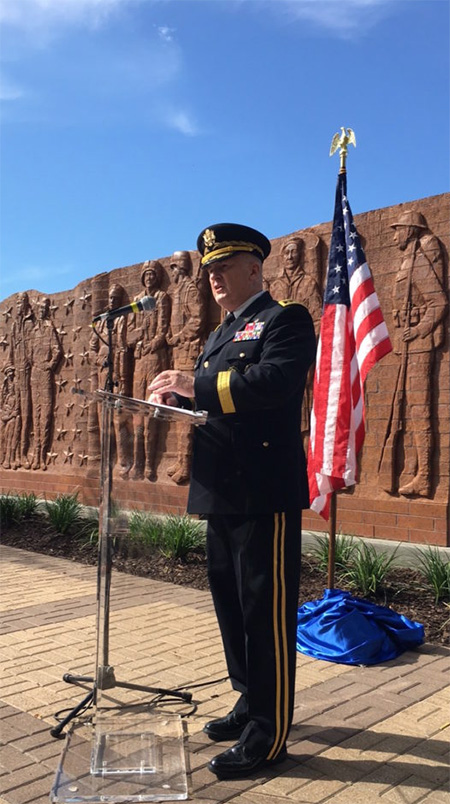 As a junior in high school, Rick asked his guidance counselor (Eilleen Lowell) where he could go to school if he had no money, and she recommended applying to the Service Academies (West Point and Annapolis). He asked how much they cost, and was told that he would be paid to attend. Made good sense to him. He applied to both, and received his acceptance letter to West Point on a Monday, and his acceptance letter to Annapolis the very next day. He attended West Point only because he received that particular letter of acceptance earlier. The postman truly determined his fate.

When Rick told his Dad that he was going to go to West Point, his Dad replied, “Boy, what do you want to do that for? That’s the Army! Rick’s Dad, Calvin Lynch, was drafted into the Army in 1945 and discharged in 1947. Both he and the Army agreed that it wasn’t a good fit. After about 6 weeks at West Point Rick decided that his Dad was right,and West Point wasn’t for him. He called home, told his Dad he planned to quit, and was then asked “Where are you going to sleep?” So, he finished West Point and planned to be in the Army for only 5 years. He stayed 35 years.

The Army, for Rick, transitioned from a job, to a profession, to a passion. He was blessed to command at all levels, from company (about 100 Soldiers) to Corps (about 65,000 Soldiers) and ended his career commanding all of the US Army installations. Rick loves being around Soldiers and their Families, and is humbled to be in their presence. They are the true American heroes.

Over the course of his career in the Army, Rick experienced many different things. As a cadet he was there when the first female cadets entered the Academy. Early in his career he saw the effects of Vietnam and the early transition into an All Volunteer Army. He was blessed to be in Fulda, Germany in November 1989 when the Warsaw Pact crumbled and the East Germans experienced freedom for the first time. In the first Gulf War he saw first hand the impact of man’s inhumanity to his fellow man. During his one year deployment to Kosovo, he was able to learn the generational consequences of hatred between sects. Over the 30+ months Rick spent in Iraq in different capacities he saw the direct results of proper application of our Nation’s power as we help other peoples move to a better life. He was able to better understand, along with all of our other Service members and their Families, the true cost of freedom.

The best thing Rick ever did was to marry his beautiful bride, Sarah in December, 1982. Sarah is a professional educator with a caring heart. Over the past 38 years Rick and Sarah have focused on truly taking care of America’s most precious resource, those Soldiers and their Families entrusted to their care. Rick and Sarah have two amazing children. Susan and her husband David have a daughter, Piper. His son Lucas has two children, J.W. and Rex. All are sources of great pride for their parents. Rick and Sarah and also avid dog lovers, and enjoy time with their two Labrador Retrievers, Jolene and Bailey.

Chairman of the Advisory Board
Zensights

Ambassador
Homes for our Troops

Advisory Board
RE2 Robotics

Advisory Board
Friends of the Central Texas State Veterans Cemetary

Contact US to request more information or to book an event